Get fresh music recommendations delivered to your inbox every Friday.

by We Are Not Brothers 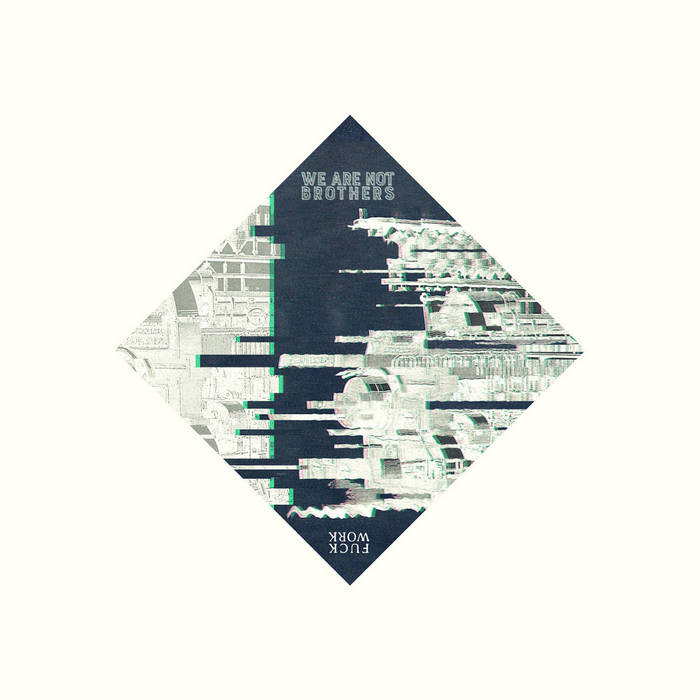 Fuck Work is the last release of the post-industrial electronic music band We Are Not Brothers (WANB).

The format chosen this time is an EP with 5 cuts edited in a one-off
pressing of 200 copies in highest quality vinyl, again in Oráculo Records and is, in a part, a continuation of “III” (OR49, 2018).

The work is motivated by different personal experiences of the members of the band, (a fact that had never happened in their 13 years of career) and is a criticism of the alienation we suffer in our theoretically intended and deserved works, to modern society subtly enslaved, disguised as meritocracy, to the suffocating routine that slowly extinguishes our souls as time goes by without having barely enjoyed the mundane pleasures of life. Nothing new under the sun.
This fact motivated that during the last two years, in one way or another, everyone claimed fuck work!

In addition, these issues are related to some of the topics covered in “III”: industrialization, ludism, capitalism, workers struggle...but adapted to a more current, modern and, above all, personal discourse.

The artwork also follows that streamline: a self-acting machine (one
of the first spinning machines of the industrial revolution like the one we could have found in any industrial city of the 19th century, be it Alcoi, Barcelona or Glasgow) deconstructed via glitch, just like WANBs have deconstructed their old lives in recent times.

We Are Not Brothers are Fran Sancho, Damià Llorens, Rafa Arques and Juan Ignacio Pérez.
Written and recorded by We Are Not Brothers at their home studios, Alcoi, País Valencià.
Mixed by José Rodríguez at Estudio Antimateria/Moog24.
"Ghost Rider" written by Alan vega and Martin Rev, vocals by Ana Curra, recorded by David Kano at Estudio Silencio and remixed by José Rodríguez.
Mastered at Young & Cold studios (Germany).
Artwork by Demian (Damià Llorens Picó).
One-off pressing of 200 copies. In memory of Tomás Romero "El Chino"

We Are Not Brothers Valencian Community, Spain

Post-industrial electronic music band from the post-industrial, anarchist and revolutionary town of Alcoi, País Valencià. Since 2006.

We Are Not Brothers recommends:

Bandcamp Daily  your guide to the world of Bandcamp